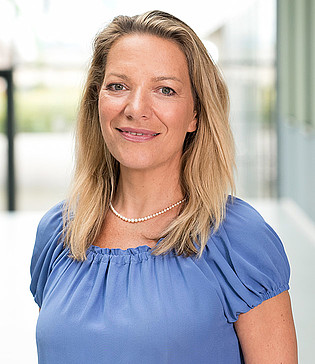 “The discussions at the German National Academy of Sciences Leopoldina about the role of science in society and the shaping of its future are broad in scope and conducted in an open and direct manner, with composure and sustainability, unafraid of potential conflicts. I´m particularly pleased that effective internal and external activities emanate from these discussions – whether political counselling, citizen dialogue, international networking or in-house trans-disciplinary symposiums. The Leopoldina is vibrant and active and engaged - an essential meeting place.”

Scientific Director of the Alfred Wegener Institute, Helmholtz centre for polar and marine research Bremerhaven, member of the Leopoldina

The marine biologist Antje Boetius has been a Leopoldina member since 2009. She was intensely involved in the activities of the Leopoldina leading up to the G7 summit through her lectures and consultations, which were primarily focussed on questions about the future of the oceans. Antje Boetius is also the Chairperson of Wissenschaft in Dialog´s Steering Committee, whose mission is to promote scientific discussions within the society at large. The Leopoldina maintains an active partnership with Wissenschaft in Dialog.