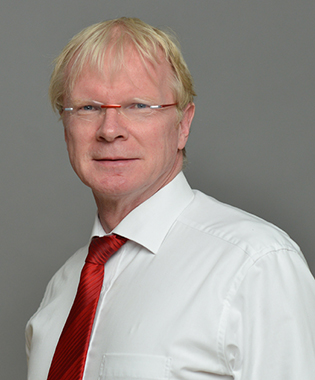 “One important task of science is to communicate its findings to the society at large and to point out potential courses of action to political decision-makers. Particularly at a time in which facts are often skewed we can be proud that Germany has an institution like the Leopoldina that is committed to fulfilling this mandate on the basis of adeptly developed scientific knowledge. As a co-author of the policy statement on energy research and expert consultant on the bioenergy statement, I was able to witness the significant contribution that the academy makes to clarity and understanding in the political and public sphere in that it resolutely formulates, evaluates and constructively communicates the scientific point of view even when confronting controversial issues.“

Director at the Max Planck Institut für Kohlenforschung in Mulheim an der Ruhr, member of the Leopoldina and spokesperson for the Committee “Climate and Energy” at the Leopoldina

The chemist Ferdi Schüth is a member of the Leopoldina since 2008. He has contributed significantly to the academy´s work especially regarding issues concerning the energy transition and climate impacts. As the spokesperson for the Committee “Climate and Energy” or as an advisor at different symposiums he represents and supports the academy´s interests. In 2014, Ferdi Schüth was given the Carl Friedrich von Weizsäcker Prize, which is awarded jointly by the Stifterverband and the Leopoldina.