366 years as an independent academy and society of scholars 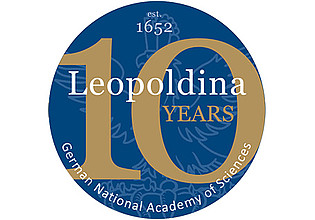 In 2018, the German Academy of Natural Scientists Leopoldina is in its 10th year as the National Academy of Sciences. On July 14, 2008, the Leopoldina was appointed German National Academy of Sciences and since then speaks out on societal and political questions, providing a nonpartisan, factual framework for discussion. It releases joint statements with other German, European and international academies and represents the German scientific community in international committees.

The Leopoldina, then Academia Naturae Curiosorum, was founded in 1652 by four physicians in Schweinfurt/Germany. It was their common goal to deepen scientific understanding of the natural world and to improve the communication between researchers of that time. In 1687, Emperor Leopold I. guaranteed independence from the ruling dynasties of the individual countries. The Leopoldina was endowed with the Imperial Privilege, inter alia, complete freedom of censorship for their publications. The Academy carries the name Leopoldina ever since.

Privilege by Emperor Leopold I., 1687

Since its appointment as German National Academy of Sciences the Leopoldina has been under the patronage of the German Federal President since. It is independently run and dedicated to the common good.

Brochure “A tour of the Leopoldina” (pdf)