Annual Assembly of the Leopoldina 2013
"Mind, brain, genome and society" 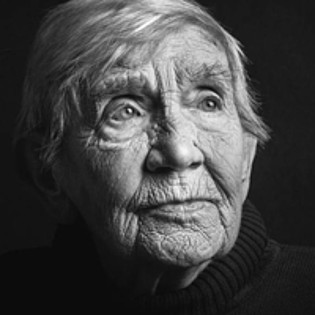 How do we become the person we are?

We are on the verge of a new image of ourselves, an image depicting the future, which is only currently possible along general lines that are indeed quite vague. Whilst still discussing to what extent the mind and brain are two sides to the same coin, genetic explanatory models begin to emerge trying to shed light on mental characteristics with genotypic factors by taking a short detour through the brain. At the same time, epigenetics show how social events change the selection of the genes truly made use of within an organism. Ultimately, epigenetics therefore describe one of the many paths with which social factors, assuming the form of synaptic weights, become part of our way of thinking and our actions. However, how does the outcome of a given individual result from the interrelated structure of mind, brain, genome and society?

The individual architecture of cognition, affect, and actions cannot be derived from neurobiology nor from cultural factors alone. The human mind is much more an outcome resulting from the interplay between the brain and society. We have become accustomed to this dual process of interaction. Now, we have to incorporate genetic factors into this interrelated structure that are rapidly creating new findings, but also giving rise to entirely new questions. We know the sequence of the human genome with its over three billion base pairs, but are familiar with the genome of yeast and many other organisms as well. Today, we are capable of replacing a yeast gene with a human one; the yeast is able to survive with it. We can provide organisms with new characteristics, such as protecting maize from pests or increasing the efficiency of cellulose-based fuel production (E10). We begin to understand genetic diseases, such as amyotrophic lateral sclerosis (ALS) and Huntington’s disease, and can assess genetic risk factors for various forms of cancer. For less than a thousand euros, access to our own specific base sequences is possible for many people. We can detect the genes of our potential offspring, but should we be allowed to select these genes under certain boundary conditions? Should we allow exceptions, for example to eradicate certain genetic diseases? And how do we handle this discussion once we have deciphered the genetic mechanisms related to psychological predispositions?

In the meantime, the triad of mind, brain and genome has to be broadened to include epigenetics, which are again placing a stronger focus upon social factors. The first analyses performed on humans prove what we have known for decades from epigenetic research on animals: The selection of actual genes during the expression process is altered by our environment and already determined inside the mother’s womb from the very beginning. For instance, we can determine the probability that the mother of a 10-year old had been subject to continued violence during her pregnancy . Then namely, from the same genome, a different person come to being with a different stress axis, a different brain structure and different sense of mind. It is especially in the neural area that gene expression is modulated by psychosocial conditions. In this way, we are physically altering our brains and those of following generations by changing the environment. Are we aware of the consequences?

This set of four factors "mind, brain, genome and society" create problems and possibilities, the scope of which we are currently capable of only having a vague impression. However, at its heart, this set of factors accompanied by new findings poses one of humanity’s eldest questions: How did I become the person I am?

Programme and Abstracts of the lectures