The Human Right to Science: New Directions for Human Rights in Science 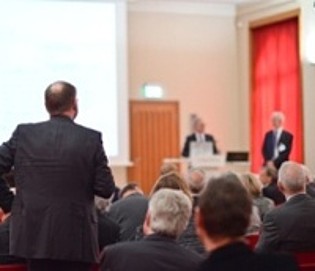 5th International Symposium of the Human Rights Committee of the Leopoldina

The protection of human rights in science has long been provided for in international law, namely in Article 27 of the Universal Declaration of Human Rights or Article 15 of the International Covenant on Economic, Social and Cultural Rights. Still, the issue has been by and large neglected by the scientific community, the discussions that have taken place barely scratched the surface. They have often glossed over the freedom of scientists, neglecting the rights of others to benefit from scientific progress, but also the other moral considerations in light of which the rights of scientists may have to be restricted, including other human rights, except maybe for intellectual property. Additionally, debates have been mostly concerned with the human rights of scientists abroad, rather than at home, and have also understated the concurrent human rights duties and/or responsibilities of other states, international organisations and private individuals or groups such as corporations, but also private or semi-public research institutions.

Things have started to change, largely thanks to the UN Special Rapporteur in the Field of Cultural Rights and her work on the content and scope of what she referred to as the “human right to science”. This conference aims to bring the first results of the discussions launched at the UN to bear on discussions at the level of national academies, therefore contributing to a broader debate. Following a general presentation of the main issues in contention by the UN Special Rapporteur, an afternoon panel of specialists and stakeholders will explore these issues in a specific context, namely that of international seed policy.

The organisers gratefully acknowledge funding provided by the State Secretariat for Education, Research and Innovation (SERI) and by the Swiss National Science Foundation (SNSF).

Registration is required due to limited space:
swiss-academies.ch/en/agenda