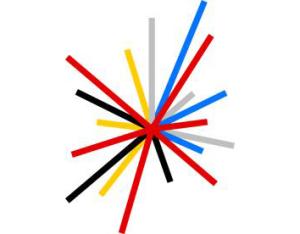 The forum is organised jointly by the Leopoldina, the Russian Academy of Sciences (Российская академия наук), the Council of Young Scientists of the RAN (Совет молодых учeных Российской академии наук) and the Junge Akademie, in cooperation with internationally acknowledged science partners based in Germany and Russia, in a different location each year.

The forum offers a platform for dialogue and reflection, covering a specific spectrum of questions related to higher education, research, innovation and science-based political and societal advice, of mutual interest for Russia, Germany and Europe. It is designed to foster cross-disciplinary exchange. It brings together researchers who are at an early stage of their career to discuss their work, gain insight into new research approaches from other disciplines, and also identify synergies for future collaboration. The focus-topics chosen for each year’s forum are meant to highlight specific issues, which young scholars are confronted with and address the role of early career researchers in the scientific community.

On this occasion around 30 participants from Germany and Russia met to discuss the bilateral scientific cooperation from the perspective of young scientists. The participants were not new to the field of German-Russian exchange and introduced themselves by presenting their research projects, as well as their experiences in the bilateral cooperation. Furthermore, the Russian side had organised an interesting programme which included the visit of a number of scientific institutions, such as the Institute of History and the Paleontological Museum of the Russian Academy of Sciences.

Additionally, the Moscow-based representatives of German research institutions – grouped under the umbrella of the German Science and Innovation House Moscow –, mainly the German Research Foundation (DFG), Helmholtz Association, German Academic Exchange Service (DAAD) and the Free University Berlin contributed to the programme with presentations and discussions on how young scientists could benefit from organisations, which offer financial support for international exchange.

One of the highlights of this forum was the public keynote-lecture of Professor Dieter Bimberg, member of the Leopoldina, on “Energy Efficient Electronics and Photonics. Bringing Quantum Dots to Work!”, which took place at the prestigious Lomonosov Moscow State University (MGU), and was received with a lively response by the audience. It helped to raise attention for the cooperation of young scientists from Germany and Russia, as Professor Bimberg also emphasised in his speech how long-lasting and fundamental the scientific exchange of the two countries is.

In 2012 more than 30 young scientists from Germany and Russia participated at the forum, among them some of those who already took part in the first edition. The main focus of the 2nd forum was to discuss the conditions and challenges of the work of young scientists in Russia and find ways for closer cooperation. The event was opened in the Egyptian Museum in Berlin, followed by an interesting guided tour. A first official meeting took place at the headquarters of the Junge Akademie in Berlin before the group departed to Halle to continue their exchange at the Leopoldina headquarters. The interdisciplinary meetings there were facilitated by representatives of the Junge Akademie and the Russian Council of Young Scientists of the Russian Academy of Sciences. Once again, the main topics of the discussion were the different working conditions and challenges for early career researchers in Russia and Germany.

Both components of the forum in Halle and Berlin were accompanied by keynote-lectures of the Russian Academician Zhores I. Alferov, Nobel Laureate in Physics and Vice-President of the Russian Academy of Sciences. The Berlin lecture of Professor Alferov was held at the Technical University Berlin (TU) and was introduced by Professor Annette Schavan, the German Federal Minister of Education and Research at that time. After the public lecture of Professor Alferov in Halle, the forum’s participants had the opportunity to directly exchange opinions with him on the future perspectives of the science systems in Russia and Europe.

In summer 2013 young researchers from both countries as well as representatives of prestigious science and research organisations convened from 21st to 25th July 2013. 35 participants met at Haus Humboldtstein Conference Centre in Bonn-Remagen. Two programme highlights were organised together with regional partners: a joint science talk with the University of Cologne on excellency in science systems, followed by a joint panel discussion with the Forschungszentrum Jülich about perspectives for basic and applied research, as well as about large-scale research infrastructures.

The participating researchers were selected following an open call for participation. Their background encompassed a broad subject area, from natural to social, engineering and medical science, sharing a distinctive multiplier potential in their academic environments. It also covered a broad geographical area, from the Far East of the Russian Federation to the UK.

The concept of the 2013 forum focused on three main topics:
(1) Progress in science and challenges for future research,
(2) Societal, political and economic transformation since 1989 and
(3) Embeddedness of the science system.

The proceedings were organised in thematic workshops and high-profile panel discussions/science talks. The first panel dealt with “Internationalisation of Research and Higher Education”, followed by a second one at the University of Cologne, with the participation of its rector Professor Axel Freimuth, which focused on “Instruments and Strategies of Science Policy and Research Support”. Subsequently, a practical programme content followed by a science talk with prominent panellists on “Science Applied: Infrastructures, Innovations, Incubators” took place at the Forschungszentrum Jülich (member of the Helmholtz Association of German Research Centres).

Within the forum’s science talks, the Leopoldina actively cooperated with renowned science and research institutions, such as the: German Research Foundation (DFG), German Academic Exchange Service (DAAD), European Research Council (ERC), Fraunhofer Society, Directorate-General for Education and Culture of the European Commission, Helmholtz Society, EU Joint Research Centre (JRC), League of Leading Russian Universities, Skolkovo Institute of Technology (SkolTech), St. Petersburg State University (SPbGU) and others.
The introductory keynote-lecture was held by Professor Donald B. Dingwell, Secretary-General of the European Research Council, and was entitled “European Research Council: Making a Difference in Europe?”. After the lecture, the young researchers had the possibility to exchange opinions with Professor Dingwell on the current challenges of grant funding and career-path evolution, as well as on the new trends in the development of the European Research Area.