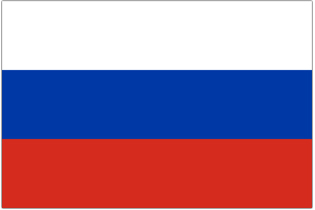 The Leopoldina and the Russian Academy of Sciences cooperate since 2011 based on a Memorandum of Understanding. The document was renewed and extended in February 2021. The cooperation focuses on the promotion of young talents, science diplomacy and the cooperation on topics of common interest.

The Leopoldina and its members regularly take part in conferences, symposia, workshops and panel discussions as well as in joint research projects in various formats of German-Russian scientific cooperation.

One example is the “German-Russian Young Scientists Forum”, which the two national academies have organised between 2011 and 2014 to promote and support young scientists. This was a high-level bilateral initiative originating from the “German-Russian Year of Education, Science and Innovation 2011/12”. The German Young Academy and the Council of Young Scientists of the Russian Academy of Sciences contributed as additional partners. Overall, four annual fora were held in Germany and Russia: in 2011 in Moscow, in 2012 in Berlin and Halle, in 2013 in Bonn, Cologne and Jülich and in 2014 in Saint Petersburg. The most important science and funding organisations as well as renowned universities from both countries contributed to the events as well.

The Leopoldina has engaged substantially in drawing up the “German-Russian Roadmap for Cooperation in Education, Science, Research and Innovation”. The German Federal Ministry of Education and Research and the Ministry of Science and Universities of the Russian Federation signed the bilateral document in December 2018. This Roadmap defines the strategic framework for bilateral cooperation in its areas of coverage for the period from 2018 to 2028. The Leopoldina is also a member of the German-Russian Commission for Scientific-Technical Cooperation.