Search among the members of the Leopoldina for experts in specific fields or research topics. 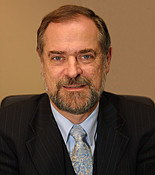 Early on he founded the European Society of Population Economics, where he served as Secretary (1986-1992) and President (1994). He also established the Journal of Population Economics, whose editor-in-chief he has been for the past 30 years, turning it into the leading journal in the field. He has been on the advisory boards of numerous other journals and was Managing Editor of Economic Policy for many years. As Program Director for “Human Resources” and “Labour Economics” of the Centre for Economic Policy Research (CEPR) in London, he belonged to the inner circle of this most influential European economic research network (1991-2001).

In 1998, he founded the Institute for the Study of Labor (IZA) in Bonn in cooperation with the Deutsche Post Foundation and Bonn University. Under his directorship, the institute expanded into the largest research network in economics, with a globally leading position in the field of labor economics. Simultaneously, he was President of the German Institute for Economic Research (DIW Berlin) from 2000 to 2011. In the judgment of external scientific evaluations, he completely restructured the institute, realigned it scientifically and brought it to excellence.

Next to his advisory activities for many national governments, the EU Commission and the World Bank, he is also a member of the Strategic Advisory Board of LIEPP (Laboratoire interdiscipline d’évaluation des politiques publiques), Science Po Paris, and the Scientific Advisory Board of the Migration Policy Centre (MPC) of the Robert Schuman Centre of Advanced Studies at the European University Institute in Florence. He is a Research Fellow of the CEPR and the European Economic Association, among others. 2014 - 2016, he has also been Founding Editor-in-Chief of the IZA World of Labor, an online platform that provides decision-makers with evidence-based information on labor market issues in a clear and accessible style.

In 1998, he was the first economist to be awarded with the Distinguished John G. Diefenbaker Award of the Canada Council for the Arts. In 2013, the Luxembourg-based EIB Institute of the European Investment Bank awarded him with the first EIB Prize for excellence in social and economic research and its implementation and diffusion. He was honored for his lifetime scientific contribution, including academic excellence and publication record as well as impact on public policy or society at large, with applications to the European Union.