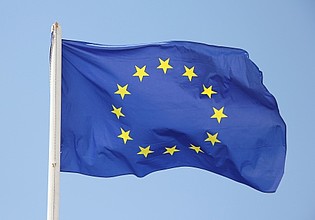 The Alliance of Science Organisations in Germany welcomes the “Bonn Declaration on Freedom of Scientific Research” adopted as a noteworthy and important step taken by the Ministerial Conference on the European Research Area. The Research Ministers of the European Union met in Bonn on the occasion of the German EU Council Presidency.

“In adopting this declaration, policymakers are fortifying and supporting the efforts of scientific
organisations in the area of international academic freedom,” said Prof Dr Peter-André Alt, President
of the German Rectors’ Conference (HRK), which is currently heading the Alliance. “We
need this kind of clear political message about the freedom of scientific research as a fundamental
value of the European Union and as a principle of international research cooperation. Mobility
and free exchange of ideas create the foundations for prosperous academia.”

The agreement regarding the establishment of a monitoring system on academic freedom is
extremely important as a concrete commitment: “We will take those who are responsible at their
word and, if necessary, insist on consequences. Academic freedom, our greatest asset, should
not be restricted for political reasons.”

The signatories to the Bonn Declaration undertake to protect the critical discourse and condemn
violations of freedom of scientific research. This entails the protection of researchers by government
institutions and safeguarding against government intervention in the freedom of research.
HRK President Alt: “In keeping with this objective, the declaration must be followed up with
action by policymakers. Defending academic freedom also involves countering factual distortion
motivated by populism. Academia sees communicating academic procedures and results clearly
and as comprehensibly as possible and entering into discussions about such as its responsibility.
It regards this as an important contribution to anchoring awareness of the importance of independent
research in society.”

In many states academic freedom is in acute danger, with academics being restricted in their
work, persecuted as opponents of the regime or even detained. Germany’s academic community
has committed to continue and intensify efforts within its organisations to provide protection and
prospects for endangered academics from abroad and to actively participate in programmes and
networks such as Academy in Exile or Scholars at Risk. The Alliance of Science Organisations in
Germany approved 10 theses on academic freedom as a voluntary commitment to mark the 70th anniversary of the German Basic Law.

10 theses on academic freedom (available only in German)

Alliance of Scientific Organisations in Germany