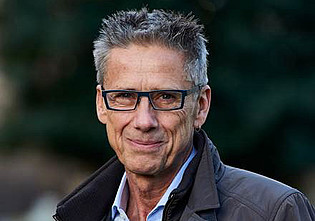 The Stifterverband and the German National Academy of Sciences Leopoldina are awarding the Carl-Friedrich-von-Weizsäcker-Prize 2020 to the labor market and migration economist Prof. Dr. Christian Dustmann. The economist is being honored for his research in the field of migration and the labor market. Dustmann investigates immigration's impact on wages and career paths in the host country.

In his studies, he also analyzes factors determining the population's political attitude toward immigration. The research prize of the Stifterverband, which is endowed with 50,000 euros, is awarded for scientific contributions to socially important challenges. It is thus the German accolade for scientists in the field of science-based policy advice. The Carl-Friedrich-von-Weizsäcker-Prize will be awarded to Dustmann on 25 October 2021, contingent on the infection situation.

“Christian Dustmann's empirically based and interdisciplinary research is always guided by concrete economic and sociopolitical issues and provides significant contributions to public and political debate. For example, his studies have provided essential insights regarding the impact of immigration on the labor market or the integration of refugees. He is a committed, sought-after advisor and point of contact for politicians, institutions, and the media, with the ability to present complex issues in a comprehensible and convincing manner,” says the President of the German National Academy of Sciences Leopoldina Prof. (ETHZ) Dr. Gerald Haug.

“The Carl-Friedrich-von-Weizsäcker-Prize is an award for science-based policy advice. In their research, the recipients develop solutions for tackling significant societal challenges and actively communicate these to policymakers and the public. For more than 30 years, Christian Dustmann has been committed to fostering an informed discussion on migration and integration based on scientific findings. In times of the refugee crisis in Europe and the Brexit decision in the UK, he is an important and influential voice in the scientific and political debate,” says Prof. Dr. Andreas Barner, President of the Stifterverband.

In Germany, Christian Dustmann was the first labor market economist to empirically address migration and integration issues – primarily within European countries – and develop new research methods for this field. In his studies, he examines immigration implications on the labor market and the impact on the national budget. For example, he was able to show – contrary to common prejudice – that European migrants to the United Kingdom pay more in taxes than they receive in welfare and transfer payments. In his early research, he addressed the issue of temporary migration.

His findings show that the host country's behavior is influenced by whether people plan to return to their home country from the outset. He also examined how investments in skills and immigrants' willingness to learn the language affect their wages and careers. Moreover, Dustmann showed that immigration does not displace native workers but, consequently, causes natives to enter the labor market at a lower rate. His research also examines factors that influence political attitudes toward immigration among the general public. Here, sociocultural fears play a far greater role than citizens' economic concerns. Dustmann's empirical findings provide an important scientific basis for public debates on migration and integration policy.

Dustmann studied business administration at the University of Bielefeld/Germany and economics at the University of Georgia/USA. In 1992, he received his doctorate from the European University Institute in Florence/Italy. He habilitated in economics and econometrics at the University of Bielefeld/Germany in 1997. In 2004, he founded the Centre for Research and Analysis of Migration (CReAM) in London/UK and was appointed Professor of Economics at University College London/UK. He has also held several visiting professorships in Italy, Australia, and Harvard, Princeton, Stanford, and Yale in the United States, among others. Since 2012, he has been a member of the German National Academy of Sciences Leopoldina in the section Economics and Empirical Social Sciences. Most recently, he received the Advanced Grant of the European Research Council (ERC) for the second time to support his research.

The Carl-Friedrich-von-Weizsäcker-Prize is the science prize of the Stifterverband and endowed with 50,000 euros. Jointly awarded with the Leopoldina, it is presented every other year to scientists or research teams for their contribution to the scientific exploration of socially important challenges. In 2012, education researcher Prof. Dr. Jürgen Baumert was honored, in 2014 Prof. Dr. Ferdi Schüth, in 2016 psychologists Dr. Maggie Schauer and Prof. Dr. Thomas Elbert, and in 2018 metabolic researcher Prof. Dr. Jens C. Brüning. The first Weizsäcker Prize was awarded in 2009 to scientist and civil rights activist Prof. Dr. Jens Reich.

The award ceremony traditionally takes place on the occasion of the Leopoldina Christmas Lecture. Due to the coronavirus pandemic, last year's Christmas Lecture had to be canceled. Therefore, the prize will be presented to Christian Dustmann on 25 October, 2021, by Gerald Haug, President of the Leopoldina, and Andreas Barner, President of the Stifterverband.