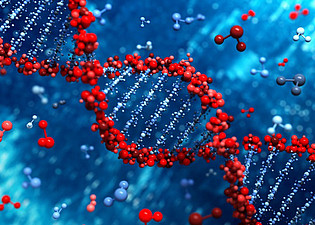 Novel methods of plant cultivation based on molecular genetic techniques make it possible to modify the genome of crop plants to suit specific conditions and demands. The resulting varieties can no longer be distinguished from conventionally cultivated plants. The fact that varieties resulting from novel molecular genetic techniques should, simply by virtue of the process being employed, nevertheless be covered by the German Gene Technology Act has the consequence that the current regulation encompassing such matters lacks consistency. The German National Academy of Sciences Leopoldina, acatech – German Academy of Science and Engineering, and The Union of the German Academies of Sciences and Humanities responded to this situation by publishing a statement with recommendations for dealing with methods of molecular breeding.

The academies’ ad-hoc statement proposes that future risk assessments should primarily concentrate on the attributes of any new plant variety instead of the process by which it was created. They also oppose blanket cultivation bans on genetically modified organisms (GMO), favouring instead science-based case-by-case analyses. The statement’s authors consider such cultivation bans in Germany to be a serious threat to the freedoms of researchers, the right to pursue an occupation, the protection of property as well as the general freedom of action, whereby the opportunities for the study, the advancement and the commercial use of genetically modified crops would be severly limited. The field trials that are indispensable for assessing the risks of GMO crops, especially those for approved GMOs, would become impossible in Germany if there were a blanket cultivation ban.