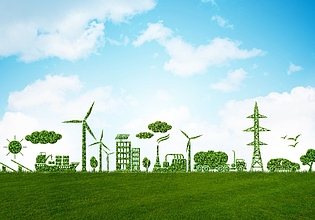 The German National Academy of Sciences Leopoldina and the German Council for Sustainable Development (RNE) have published a joint position paper presenting paths to climate neutrality by 2050. In it, the Leopoldina and the RNE highlight options for action to effect the changes needed within society, at political level and in the business world, in view especially of the urgency and the historic dimensions of the transformation we face.

With the paper, the Leopoldina and the RNE are consciously not seeking to engage in a race to set the most ambitious target. They are instead offering an options paper for setting the right course and covering the key implementation steps. The position paper was presented at the RNE’s 20th annual conference and was handed over to the Federal Chancellor, Dr Angela Merkel.

“The opportunities presented by the European Green Deal, the new US administration and additional climate commitments made by, for example, China and the G7 must now be exploited to expand and reinforce international climate protection alliances,” says Prof. (ETHZ) Dr Gerald Haug, President of the German National Academy of Sciences Leopoldina. “In addition to a global carbon price, what’s needed are foresighted, cross-sector investments in infrastructure expansion and in new climate-friendly technologies,” Haug continues.

Dr Werner Schnappauf, Chairman of the RNE, points to the importance of the project often being underestimated: “Action on an entirely different scale is needed to bring about a real transformation. A fundamental change in direction is necessary in order to achieve climate neutrality. The decarbonisation of industry alone will require up to four times the current volume of energy from renewable sources.” This illustrates how quickly renewable energies and the related networks need to be expanded in the years to come, he says. “As much green electricity as possible being made available as quickly and as affordably as possible will be crucial here,” Schnappauf emphasises. The citizens need to be involved and their engagement promoted to achieve the changes this entails, he says. “This challenge of the century calls for swift action that does justice to our responsibility towards the young and future generations,” says Schnappauf.

The authors focus on carbon emissions trading as the lead instrument with which to realise the transformation, embedded in an overall climate policy strategy that includes regulatory framework, funding and governance policy. A broad mobilisation of private capital will also be needed, they argue, which in turns requires long-term security of investment.

Another key assertion of the position paper is that climate protection can only unfold the necessary impact if pursued at the European level as part of the European Green Deal and ultimately also globally. In addition to options in the area of market policy action, the authors address the issues of financing, foreign policy, international solidarity, social equity and education.

Factsheet on climate change (only German)