Leopoldina Annual Assembly to discuss the shaping of the individual 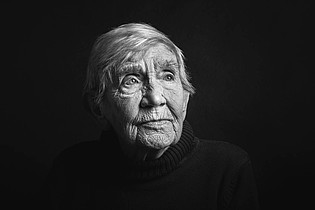 The German National Academy of Sciences Leopoldina will focus on the theme “Geist – Gehirn – Genom – Gesellschaft (“Mind, brain, genome and society”) at its 2013 Annual Assembly, which will take place from 20 to 22 September and welcome over 400 guests from around the world to Halle (Saale). The event will focus on the key questions: How do we become the person we are? How does the interplay of our mind, brain, genes and society shape our individual personalities? Researchers from a range of disciplines will present answers to these questions in around 20 lectures during the event. The patron of the German National Academy of Sciences Leopoldina, Federal President Joachim Gauck, will speak at the official opening ceremony on the Friday afternoon.

At its Annual Assembly this year, the German National Academy of Sciences Leopoldina is reconsidering one of humankind’s oldest preoccupations: To what extent do the mind, brain, genes and society each influence the development of individuals’ personalities and abilities? During the three-day event, psychologists, medical doctors, biologists, neuroscientists, social scientists, philosophers and historians will come together to discuss the latest research from an interdisciplinary perspective. On the Friday, Gottfried Wilhelm Leibniz Prize winner Onur Güntürkün (Ruhr-Universität Bochum), who defined the programme for the Annual Assembly, will give a keynote speech on the interplay between the mind and the brain. Other lectures will focus on topics such as how the maternal and paternal genome influence our brains, how the environment can affect our genes, questions of free will, computer simulations of emotional responses, education and learning throughout different stages of life, and how the brain and genome are shaped before birth.

A highlight of the Annual Assembly will be a lecture by Nobel laureate Daniel Kahneman (USA) on the Friday evening. The renowned psychologist will talk about his book Thinking, Fast and Slow, in which he identifies two systems of thought that influence our decision-making ability.

The Leopoldina and the Society of German Natural Scientists and Doctors (GDNÄ) will also invite around 100 gifted school pupils from across Germany to attend the Annual Assembly. They will have the chance to sit in on the scientific lectures and talk to high-profile researchers.

Annual Assembly of the Leopoldina 2013 "Mind, brain, genome and society"

Programme and Abstracts of the lectures