“We mourn for the victims of the attack in Halle” 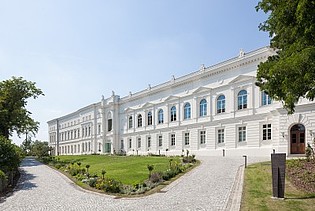 The National Academy of Sciences Leopoldina was deeply shocked and saddened to hear the news of the attack on the synagogue of Halle’s Jewish community and on a nearby kebab shop, in which two people were killed and several others injured. The members and staff of the Leopoldina offer their condolences to the families of the victims, wish a speedy recovery to all of the injured, and express their steadfast support for the Jewish community.

“We mourn for the victims of the attack in Halle. I am deeply disturbed by this attack on the Day of Atonement Yom Kippur, the holiest day of the year in Judaism. We must resolutely oppose all forms of anti-Semitism and right-wing extremism. My sympathies go to the families of the two victims,” said Prof. Dr. Jörg Hacker, President of the National Academy of Sciences Leopoldina.

On Wednesday 9 October in Halle (Saale), two people were killed in an attack on the city’s synagogue and a shooting at a kebab shop. A number of other people were injured. The suspected attacker was detained the same afternoon.