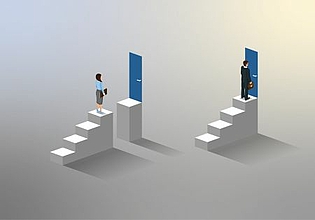 The science community in Germany continues to be male-dominated – especially in high-level positions at universities and non-university research institutions. The exodus of women begins after their doctorate and deprives the scientific system of diversity and creativity. The statement “Women in science: Developments and recommendations”, released by the German National Academy of Sciences Leopoldina, discloses the reasons behind the persistent underrepresentation of women and presents measures to counteract this issue.

“Women who want to pursue a career in science are very often structurally and habitually held back”, says historian Ute Frevert, member of the Leopoldina and spokesperson of the working group which drafted the statement. “In order to encourage talented women to go into science, structures and work conditions must be created which are cooperative, non-hierarchical, temporally flexible, and non-sexist. Furthermore, we need reliable prospects and role models.”

The statement analyses the main differences between the scientific careers of men and women: Although now almost as many women earn their doctorates as men, women are increasingly underrepresented in the subsequent rungs of the career ladder. Significantly fewer women are appointed to high-ranking professorships and their percentage in almost all subjects trails far behind the corresponding numbers of female students and doctoral candidates. Just a quarter of all universities and other institutions of higher education are run by women. Aside from the North Rhine-Westphalia Academy for Sciences and the Leibniz Association, there are no scientific academies of independent research institutions led by a woman.

The working group lists several factors hindering gender equality in the sciences. These include the dominance of men in institutional decision-making bodies and a frequent implicit prejudice against female scientists as well as a lack of role models and the traditional division of labour in relationships. Women continue to perform the most family work in a life phase in which the course is also typically set for a scientific career.

To effectively combat these factors, equality must become an established and prioritised task for organisation heads. The working group recommends specific measures such as the introduction of flat hierarchies as well as transparent and equality-orientated salary structures. Allocation of institutional funds and individual bonuses should be tied to the condition that gender parity goals are achieved. Permanent positions and tenure track models can encourage women to continue their academic career after attaining their doctorate. Encouragement can also take the form of personal counselling and mentoring programmes. Successfully balancing academic careers and families requires flexible working hours, childcare options for children – including at scientific conferences – and support for young families, particularly when it comes to the time typically spent abroad during the postdoc phase. Additionally, women’s accomplishments should be made more visible. Conferences and the resulting publications with only marginal representation of female scientists should receive neither internal nor external financial support. It is also important to document progress and to evaluate developments at regular intervals.