Anomalies: Disruption and Source of Knowledge 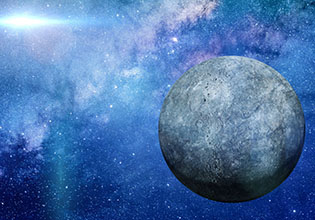 In the philosophy of science, “anomalies” are understood as stubborn conflicts between what is expected against the background of established theories and what is actually observed. Anomalies can become fundamental challenges for the established body of knowledge – and, in fact, they often have. They have therefore played a crucial role for the revolutions within the empirical sciences. Famous examples are the so-called ultraviolet catastrophe, the anomalous advance of Mercury’s perihelion, or – to take an example from outside of physics – the anomalies of decision theory. The conflicts they cause can often only be solved after many fruitless attempts – which can take decades. Their impact is due to the fact that in order to arrive at the solution, serious alterations of the traditional body of theories might be required, or even the abandonment of entire theories.

As the examples above illustrate, the concept of an “anomaly” is primarily related to conceptions from the empirical sciences. One of the main ideas behind the symposium is, however, that there are also phenomena in normative conceptions that show far-ranging parallels to anomalies in descriptive-empirical theories – but there has been much less thorough research on those phenomena. These are particularly stubborn conflicts between the implications of normative (ethical, legal, decision-theoretical, etc.) conceptions and basic moral or other value judgements.

Given this background, the conference has several aims. First, we want to analyze the role of anomalies in descriptive theories in the light of new questions and approaches (including Bayesian confirmation theory and so-called frames). Second, we will review these analyses with the help of case studies from the history of science and philosophy. Third, we will analyze anomalies in normative – especially ethical, legal, and decision-theoretical – conceptions. At the same time, we want to see if we can learn something about the role of anomalies in normative conceptions from the – far better understood – anomalies in descriptive theories.