Experiencing Nature through Old and New Epistemes Around the Globe 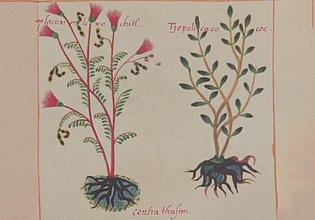 The colonial encounter holds a central place in the global history of early modern science. Missionary explorations and military voyages sponsored by the Spanish and Portuguese empires, for instance, provided opportunities for personal contact with different cultures, climates, and Indigenous epistemes. Scientists and physicians alike were confronted with philosophical, medical, and religious dilemmas regarding how to build these new facts into the epistemic fabric of their existing sciences, and, in turn, how to amend their sciences in light of the new facts.

But what is the status of projects by members of institutions that seemingly fall outside the framework of colonial and epistemic translation, such as the Academia Naturae Curiosorum, today known as the Leopoldina? The scientists of the Leopoldina seem to share characteristics with projects of colonialism, such as appropriation of new knowledge, collections of natural objects in their Wunderkammern, and reliance upon Indigenous translations. This workshop looks at how the Leopoldina is situated within global exchanges of knowledge and inquires into the ways in which such knowledge affected scientific practices and theories among the Leopoldina members, and into its repercussions on traditional scientific and medical theory and practice.

The workshop is organised in cooperation with the Max Planck Institute for the History of Science (MIPWG) Berlin.