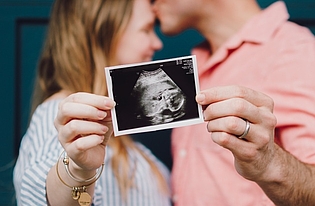 Several aspects of modern reproductive medicine are either not allowed or insufficiently regulated in Germany. Among other things, this leads to unequal treatment of men and women. In addition, many couples travel abroad in order to receive treatment that is prohibited in Germany, which leads to legal uncertainties and disadvantages for the children.

Do we allow egg donation?

In Germany, only sperm donations are permitted. Discussions are now underway as to whether egg donation should also be legalized. The inequality of treatment between the genders is unjustifiable. Women who no longer produce their own fertile eggs after cancer treatment, for example, currently do not have the possibility of getting pregnant. Heterosexual couples where the man no longer has fertile sperm, on the other hand, are eligible for sperm donation.

Egg donation was banned in particular on the grounds of "split motherhood": There were concerns about damage to the child because the birthing, social mother was not the genetic mother. This concern has since been refuted by research conducted abroad. The removal of eggs is also much gentler today than it was thirty years ago. In order to prevent the commercialization of egg donation, however, appropriate legal regulations would be necessary.

“The risks are much smaller than thirty years ago.”

“If the classical conditions of medical ethics are fulfilled, sperm donation and egg donation should be treated equally.”

Embryo donation is not regulated in Germany. It would offer an opportunity to make so-called surplus embryos from artificial inseminations available to other couples instead of discarding them. This may be helpful, for example, if a couple has neither their own eggs nor their own sperm cells available. According to the Embryo Protection Act, the deliberate production of embryos for the purpose of donation is explicitly prohibited.

In the course of the legal regulation of embryo donation, the rights and obligations of donor and recipient parents should be clarified. In Germany, every child also has the right to know its biological origin. It must therefore be warranted that the child will be able to access the donor parents' data at a later date.

Creating a family with the help of a surrogate mother represents the most complex constellation - and the most controversial. In this situation, a woman carries a child on behalf of a couple or a single individual with the desire to have a child. Surrogacy is currently practiced in various countries. It is being criticized, however, for frequently exploiting social inequalities between the parents to be and their surrogate mothers.
Legalization of surrogacy in Germany would raise a number of questions: How can we ensure that women are not put under pressure by their intended parents? What happens if surrogate mothers do not want to give up their child after giving birth? What rights do they have? Could there be any acceptable framework conditions at all?

“If at all, then under very, very strict rules.”

“There is no 'good solution' here, but perhaps the possibility of opening the door a crack wide.”

Next Page: Artificial Insemination: Risk due to Legal Situation

Publications about the topic (German)