The Leopoldina confers awards in form of medals and prizes in recognition of outstanding scientific achievements. Among the medals are the Cothenius Medal, the Carus Medal and since 2012 the Emperor Leopold I Medal.

Aside from the very limited Leopoldina Honorary Membership, the Cothenius Medal in gold, founded by the royal Prussian physician Christian Andreas Cothenius (1708-1789) is the most renowned distinction of the Leopoldina, honoring a lifetime of scientific achievement of a Leopoldina member.

The Carus Medal originates from a foundation dedicated to Carl Gustav Carus (1789-1869), XIII. President of the Leopoldina. Since 1961, it is tied to the Carus Prize of the city of Schweinfurt, where the Leopoldina was founded. Both, medal and prize, are awarded to honor outstanding discoveries or achievements in the field of natural science and medicine.

To recognize excellent scientific achievements in the field of molecular biology and genetics, the Leopoldina confers the Mendel Medal since 1965, named after the founder of genetics Gregor Mendel (1822-1884). The Schleiden Medal honors extraordinary advances in cell research since 1955. Medals of Merit are awarded to members “for exceptional service to the ideals and merits of the Academy”.

In 2012, the Leopoldina introduced the Emperor Leopold I. Medal, which is awarded to public personalities who have rendered outstanding services to science. 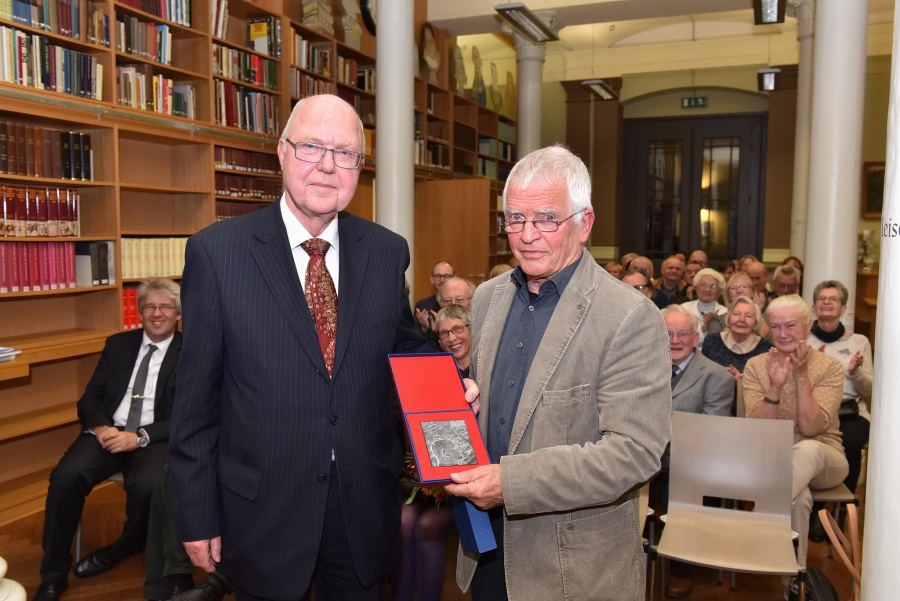