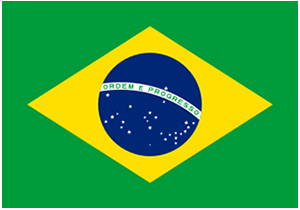 The Brazilian Academy of Sciences (Academia Brasileira de Ciências, ABC) is an important partner of the Leopoldina in South America. The two institutions work together bilaterally and within international networks of academies.

Brazil has one of the largest scientific communities in South America, which makes it one of the most important partners for German science in the region. The Leopoldina maintains close and friendly ties with the ABC.

The series of workshops dedicated to “Water and Regional Development” represents a key element of the bilateral cooperation. The series started during the “Germany & Brazil Year 2012/2013” and has continued ever since. The workshops provide a platform for the scientific analysis of current challenges and future research needs in the field of water. The workshops are primarily aimed at German and Brazilian junior scientists and held alternately in Germany and Brazil.

In addition, the two institutions work together within multilateral formats and international networks of academies.

Workshop “How Do We Want to Live Tomorrow? Perspectives on Water Management in Urban Regions” (2016)

Workshop “Water Issues and Ecological Sustainability in Areas of Urbanization” (2014)

“How Do We Want to Live Tomorrow? Perspectives on Water Management in Urban Regions” (2017)