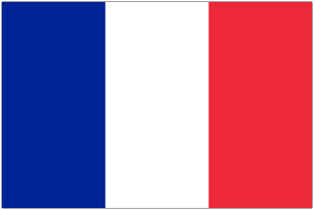 Through their joint activities, the Leopoldina and the Académie des sciences foster continuous discussion on the latest developments in various scientific fields. The two institutions also collaborate to provide international policy advice, for instance by contributing to scientific statements for the G7 and G20 summits. A cooperation agreement signed in 2012 reflects the close and friendly bilateral collaboration.

The Leopoldina has had strong ties with France for a long time: The first French member, the physician Charles Patin, was elected to join the Leopoldina as early as 1679. Today, the Leopoldina also has renowned members from France.

The Leopoldina and the Académie des sciences regularly organize symposia in different scientific fields, including emerging topics. The events always attract high-profile audiences, with subjects ranging from the humanities, (e.g. the role of European academies during the First World War, a joint project with The Royal Society), to medicine, to natural and technical sciences.

The two institutions frequently work together to provide policy advice, for instance by preparing joint statements in the run-up to the G7 summits of Heads of State and Government, and, since 2017, also the G20 summits.

The Franco-German partnership provides policy advice not only in the context of major international networks but also at the national level in France and Germany. One example of this is the recommendation “Towards a Joint German-French Robotics AI Strategy”, which the Académie des sciences and the Leopoldina prepared in 2018.

Gala event celebrating the 50th anniversary of the Elysée Treaty (2013)