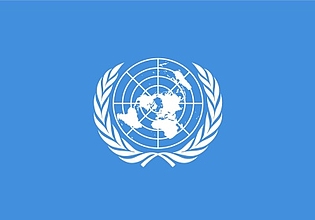 The United Nations (UN) is an important forum in international relations, with almost all of the world’s states among its 193 members. The central tasks of the UN are ensuring peace and compliance with international law, protecting human rights and promoting international cooperation. The UN is also home to UNESCO, a special organisation dedicated to education, science, culture and communication. Around 30 UN institutions are located in Germany.

On the basis of successful bilateral cooperation, the Leopoldina and its partner academies and research institutions are involved in science-based policy advice activities at the UN level. Initiatives included, for example, “Air Pollution and Health”, which is headed by the Leopoldina and supported by partner academies in Brazil, South Africa and the United States. As part of the initiative, the national academies submitted a joint science policy statement to high-ranking UN representatives as well as to diplomats from the respective countries at the UN headquarters in New York in June 2019. The statement was then fed into the UN system.

In addition, the Leopoldina supported the Independent Group of Scientists (IGS) appointed by the UN Secretary-General to prepare the UN Global Sustainable Development Report (GSDR) 2019. Demographer Professor Dr Wolfgang Lutz, Senator and Member of the Leopoldina, was a member of the group. In June 2018, the Leopoldina, together with the IGS, held the symposium "Brain Power for Sustainable Development" in Berlin. Its results were presented at the UN High-level Political Forum in New York in July 2019.

From 2014 to 2016, former Leopoldina President Professor Dr. Jörg Hacker was ad personam member of the UN Secretary General’s Scientific Advisory Board. The Board included 26 scientists from all over the world was mandated to provide science-based advice to the UN Secretary General as well as the heads of various UN organisations on global sustainable development.

Scientific Advisory Board of the United Nations Secretary-General (UNSAB)