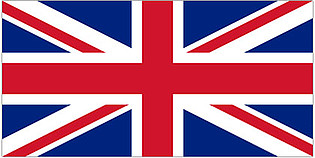 With their joint activities, the Leopoldina and the Royal Society promote a continuous discourse on current developments in various scientific disciplines. The two institutions also collaborate to provide international policy advice, for example by preparing statements for the G7 and G20 summits.

The Leopoldina has maintained strong ties with the UK for a long time, and a number of British scientists are currently Leopoldina members.

Together with the Royal Society, the Leopoldina regularly organizes joint symposia with high-ranking participants on a variety of scientific topics, which are open to the participation from a wide range of disciplines. A recent example from the humanities is a joint project of the Leopoldina, the Royal Society and the French Académie des sciences on the role of European academies in the First World War.

Both academies frequently work together to provide policy advice, for instance by preparing statements in the run-up to the G7 summits of Heads of State and Government. In 2017, under the leadership of the Leopoldina, the academies of the G20 countries prepared their first joint recommendation for the G20 summit in Germany.

European Academies during the First World War. 1914-1924
Joint project of the Leopoldina, the Académie des Sciences and the Royal Society