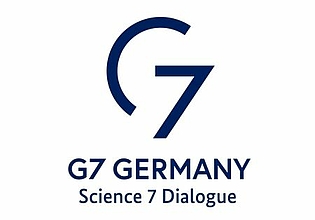 The national academies of the G7 and G20 countries provide scientific advice for the annual summits of Heads of State and Government. They prepare science-based recommendations related to topics on the summit agendas. In each case, the national academy of the host country takes the lead, as will the Leopoldina in 2022 during the German G7 Presidency.

Advising the annual G7 and G20 summits of Heads of State and Government is an important means to bring pooled scientific expertise into the political discourse. The national academies of the participating countries convene for this purpose in the formats “Science7” (S7) and “Science20” (S20). They select items on the summit agenda for in-depth examination and publish their findings in joint statements prior to the summit. The joint statements are handed over to the respective G7 or G20 Presidency during a dedicated science conference.

As National Academy, the Leopoldina is officially mandated to lead the Science7 process in the context of Germany's G7 Presidency in 2022. The Leopoldina last had this role in 2015 in the run-up to the G7 Summit in Elmau, when the science academies prepared joint statements on antimicrobial resistance, tropical diseases and the future of the oceans and handed them over to Chancellor Angela Merkel at a science conference in Berlin.

The G7 includes Canada, France, Germany, Italy, Japan, the United Kingdom, and the United States. The European Union is also represented at all meetings. Between 1998 and 2014, G8 meetings were held with Russia as an additional member.

The German Federal Government has established a Science20-Dialogue during the German G20 Presidency, in order to strengthen the role of scientific expertise in the G20 format. For the G20 summit in Hamburg, the science academies of the G20 countries, under the leadership of the Leopoldina, prepared for the first time a joint statement on improving global health. It was handed over to the German Federal Chancellor Angela Merkel by the presidents of the science academies at the S20-Dialogue Forum in Halle in March 2017. Since its successful inauguration in 2017, the S20 consultations have been held annually.

In the run-up to the G7 Summit in 2022, the national academies of the member states hand over science-based recommendations - this year under the leadership of the Leopoldina.