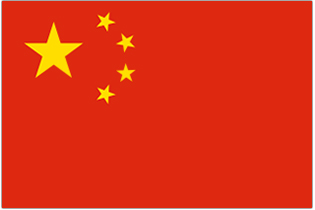 The promotion of exchange between the scientific communities of both countries is the aim of the cooperation, for example within the framework of joint scientific symposia. The Leopoldina also provides international policy advice in collaboration with Chinese partners, for example by preparing statements for the G20 summits. For both objectives, the academies can draw on the expertise of their internationally renowned members, who cover a wide range of disciplines and thus enable interdisciplinary work on the topics at the highest scientific standard.

In recent years, the Leopoldina has maintained close links with China. Some of these connections are inherent to the academy, as, for instance, a number of leading Chinese scientists are members of the Leopoldina. Together with its Chinese partners, the Leopoldina regularly co-organizes symposia on a variety of academic subjects. These joint events focus on topics that are socially relevant and pioneering in both countries, particularly in the field of natural and medical sciences Humanities and social science topics are addressed within the framework of the Centre for Science Studies.

In 2016, the Leopoldina signed a cooperation agreement with the CAE to formalize the two institutions’ long-standing relations. The agreement also covers cooperation with the CAMS, which is associated with CAE. The “First Sino-German Symposium on Individualized Medicine”, held in Xi'an in the autumn of 2016, marked the start of this closer cooperation.

Together with CAS, the Leopoldina launched the joint format “Science for Future” in 2018. Under this motto, the two academies organize high-level conferences in Germany and China to explain how basic science works and to highlight its importance in a socio-political context. The series was inaugurated with a conference on “All Starts with Basic Science” in China in September 2019.

Science for Future: All Starts with Basic Research (2019)