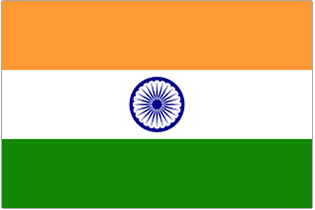 The Leopoldina and the Indian National Science Academy (INSA) are working together to increase the visibility of the scientific communities in each other’s countries and to intensify the dialogue between academics in both countries. The two institutions also work together to provide international policy advice, for instance by drawing up statements for the G20 summits.

The close and friendly collaboration is based on a cooperation agreement signed in 2007 and extended in 2012. The Leopoldina has maintained close links with India for a long time. A number of Indian scientists are members of the Leopoldina, among them Professor Raghavendra Gadagkar from Bangalore, former INSA President.

The Leopoldina and INSA regularly organize interdisciplinary science symposia with high-profile speakers. The subject areas vary widely, ranging from medicine and microbiology to nanoscience and evolutionary biology. Furthermore, the two academies have established the joint Leopoldina-INSA Lecture Series, where distinguished Leopoldina and INSA members present their work to a wider public in order to increase the visibility of Indian and German scientists in each other’s countries. The two academies also cooperate with other organisations, e.g. the Indian Embassy in Berlin.

Both academies work together to provide policy advice, for instance by preparing statements in the run-up to the G20 summit of Heads of State and Government.

Nature Inspired Physics: Why Do We Flock Together? INSA Leopoldina Lecture, 18 September 2018

How to combat infectious diseases: The role of Science Academies INSA Leopoldina Lecture 2017

The challenge to learn: New approaches to study the problem of stability vs. plasticity in the brain (2017)

Leopoldina-INSA Lecture „Can we understand an insect society, and why should we care?” (2016)