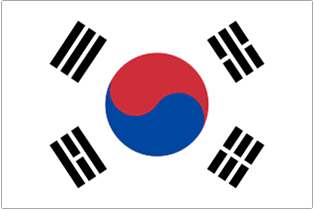 The Leopoldina and the Korean Academy of Science and Technology (KAST) are working together to increase the mutual visibility of the scientific communities and to intensify the dialogue between academics from both countries. The two institutions also work together to provide international policy advice, for instance by formulating science-based recommendations for the G20 summits. A cooperation agreement signed in 2012 reflects the close and friendly collaboration.

KAST fulfills the function of a national academy in the South Korean scientific community. In addition, KAST is an important link to the Asian region, as it hosts the secretariat of the Association of Academies and Societies of Sciences in Asia (AASSA).

Joint Leopoldina-KAST symposia are held regularly, alternating between Korea and Germany. These are often combined with Leopoldina-KAST Lectures, where academics present their subjects to a broader audience in order to increase the visibility of Korean and German scientists in each other’s countries. These events feature high-profile speakers and focus on a variety of topics, ranging from stem cell research to assistant robotics, artificial intelligence, and machine learning.

In 2016, a joint symposium of the two academies examined the subject of genome editing, a widely discussed issue in society and science policy, both in Korea and Germany. The event is also an example of how the Leopoldina’s national activities feed into the international debate – in this case, the statement entitled “The Opportunities and Limits of Genome Editing” published by the Leopoldina and its German partners in September 2015.

Both institutions frequently work together on giving policy advice, for example on the occasion of the G20 summits. In 2017, the academies of the G20 countries prepared their first joint recommendation for the G20 summit under the leadership of the Leopoldina. In doing so, they followed the German Federal Government’s mandate to establish the Science20-Dialogue in order to strengthen the role of scientific expertise in the G20 format.

The Leopoldina is also actively engaged in the Inter-Academy Seoul Science Forum (IASSF). KAST has organized this annual series of events since 2012 in order to promote international interdisciplinary academic debate and to identify global trends in science and technology.

Genome Editing in Germany and Korea (2016)

Bioimaging and its Application (2015)

The Korean Academy of Science and Technology (KAST)