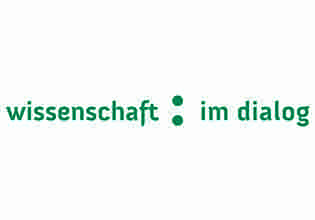 Wissenschaft im Dialog (Science in Dialogue, WiD) is an initiative of the leading German research organizations. Since 1999, WiD has been fostering dialogue between the public and the science and research sector by staging discussion events, organizing exhibitions and hosting competitions. The National Academy of Sciences Leopoldina has been a partner of WiD since 2014.

In cooperation with WiD and the “Haus der Wissenschaft Braunschweig“ the Leopoldina has been staging discussion events as part of the “Wissenschaft kontrovers“ series since 2011. The series aims to promote dialogue on current scientific topics between representatives from science and the media and interested citizens. The topics are related to the respective themes of the Science Years, organized by the German Federal Ministry of Education and Research (BMBF). The Science Year 2015, for example, focused on the “City of the Future”, the theme for 2016/17 was “Seas and Oceans”.

The “Wissenschaft kontrovers“ series is funded by the BMBF and offers interactive discussion formats such as fishbowl discussions and night-time science cafés. In a fishbowl discussion, experts debate a topic in a circle in the middle of the room. Members of the public are invited to join the circle and directly take part in the discussion. At the night-time science cafés, experts kick the discussion off by presenting their points in keynote speeches. Participants may subsequently discuss the topic at their tables in a coffeehouse atmosphere, devise questions and suggestions and have them summarized in a general discussion at the end.

Alliance of Science Organisations in Germany

Joint Committee for the Handling of Security-Relevant Research