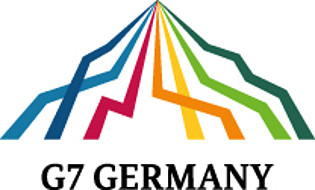 In the run-up to the G7 Summit 2015, the National Academies of the member states hand over science based recommendations to Chancellor Angela Merkel.

The G7 Summit 2015
The heads of state and government of the Group of Seven (G7) will be meeting in Germany on 7 and 8 June 2015. The G7 Summit 2015 will focus on topics ranging from global economy to foreign, security and development policy as well as the UN post-2015 process. Key issues to be addressed are also protection of the marine environment, marine governance and resource efficiency as well as antibiotic resistances, neglected and poverty-related diseases, and Ebola.

Statements by the National Academies of the G7 States
It has been a long-standing tradition that the National Academies of the G7 states provide scientific advice on urgent topics of social and political relevance to the leaders of the G7. In 2015, under the leadership of the German National Academy of Sciences Leopoldina, the science academies of the G7 states have jointly prepared statements on “Infectious Diseases and Antimicrobial Resistance: Threats and Necessary Action”, “Neglected Tropical Diseases”, and “Future of the Ocean: Impact of Human Activities on Marine Systems”. These statements will be presented to the German Chancellor on the occasion of this science conference.

G7 Dialogue with Civil Society
Under the framework of Germany’s G7 Presidency, Chancellor Merkel has initiated a dialogue with civil society. The German National Academy of Sciences Leopoldina was tasked with reaching out to the scientific community and to society. Accordingly, and as part of the G7 dialogue forum series, Leopoldina organizes a science conference in Berlin on 29 and 30 April 2015. In three sessions, renowned scientists from all over the world will offer their perspectives on the three topics of the statements prepared by the National Academies of the G7 states.