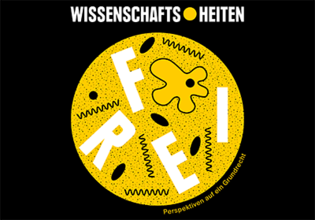 Die Junge Akademie, together with the German National Academy of Sciences Leopoldina, is organising a film and discussion evening. The event is part of the campaign “Freedom is our System. Together for Science”, an initiative of the Alliance of Science Organisations in Germany.

In short film contributions, several members of Die Junge Akademie report their perspectives on academic freedom; how scientific work functions for them, what academic freedom means within their respective fields of research, in what ways they may be limited as researchers, and under which circumstances free research is itself limited. After the screening, art historian Nausikaä El-Mecky and oncologist Martin-Immanuel Bittner, both members of Die Junge Akademie, will discuss the different perspectives on academic freedom with scientists from the Leopoldina, such as the the historian Ute Frevert and the jurist Jochen Taupitz. The event is moderated by Yve Fehring, who, among other functions, moderates the science programme “nano”.

The idea for this event was developed within the framework of a film project of Die Junge Akademie regarding the research group Academic Freedom.

The event is open for everyone interested. It will be held in German. Admission is free of charge. Registration is mandatory. Please register until 13 June 2019 via the following link.