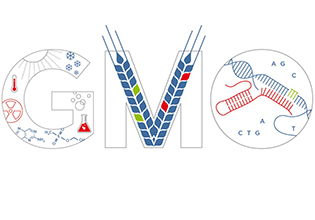 In July 2018, the European Court of Justice ruled that the legal regulations for genetically modified organisms (GMOs) apply to all organisms which have been altered using genome editing methods such as CRISPR-Cas. This makes it difficult to study, develop and cultivate improved crops which are urgently needed for productive, climate-adapted and more sustainable agriculture. The Leopoldina, the Union of the German Academies of Sciences and Humanities, and the DFG released a public statement to raise awareness of this issue.

They point out that this blanket legal classification of GMOs does not take into account what type of genetic modification is present in a given organism. In the eyes of the science academies and the DFG, this primarily process-based regulatory approach has no rational justification. They have offered recommendations on how European genetic engineering legislation can be amended as a short-term solution and completely renewed in the long term.

By means of genome editing, improved crops can be bred more quickly and targeted than ever before. Nonetheless, many of the modifications that the new varieties carry in their genetic makeup could also emerge randomly or via conventional breeding methods. Oftentimes, it is impossible to attribute the origin of the genetic modification to any breeding method at all. In their statement entitled “Towards a scientifically justified, differentiated regulation of genome edited plants in the EU”, the science academies and the DFG stress that the blanket classification of genome edited plants as GMOs is thus unjustified and impracticable. They advocate for regulation and authorisation processes which are specifically adapted to each individual modification.

Worldwide, the European Court of Justice’s decision affects more than 100 known and (potentially) marketable gene-edited crops offering nutritional and agricultural advantages. These include soya beans with healthier fatty acids, reduced-gluten wheat, bacteria-resistant rice, and mould-resistant types of wine grape, wheat and cacao, as well as drought-tolerant strains of corn, wheat and soya beans. Many countries outside of the European Union have chosen to exclude gene-edited plants, which do not contain genetic information which is foreign to the species, from GMO-specific regulations.

Revising the definition of GMOs

In their joint statement, the Leopoldina, the Union of German Academies and the DFG have drafted recommendations for ensuring science-based regulation of genome edited plants in the EU. These recommendations include the amendment of European genetic engineering legislation. As a short-term measure, the definition of GMOs should be revised so that genome edited organisms are no longer considered GMOs ‒ analogous to plants modified with conventional breeding methods – unless they contain genetic information, which is foreign to the species. Likewise, combinations of genetic information which could also occur in nature or via conventional breeding methods should not be included in the classification of a GMO. However, the statement says that the only viable long-term solution would be to establish a completely new legal framework. In assessing the risks involved for humanity and the environment, the new framework should not focus on the processes in which new plant varieties are created, but rather on their new traits.

Furthermore, the science academies and the DFG are calling for the facilitation of field trials. They believe this is critical, for instance to gain a better understanding of the genetic basis of important attributes such as tolerance to heat, salt and drought. In their statement, the organisations also mention that other initiatives must be pursued to inform consumers about different breeding methods and the resulting products. This knowledge – as well as a consistent system of product labelling – should enable people to make informed decisions about what they purchase.

The science academies and the DFG also point out that genome edited plant varieties can help alleviate shortages of resources and support sustainable agricultural practices. Moreover, they say that the creation of new varieties by way of genome editing is a viable option even for small and medium-sized enterprises (SMEs) on account of the technique’s low costs and high efficiency. But the statement highlights that taking advantage of these opportunities would require a differentiated adjustment of the legal regulations for research and approval of the plant varieties created.

Joint statement “Towards a scientifically justified, differentiated regulation of genome edited plants in the EU” (2019)