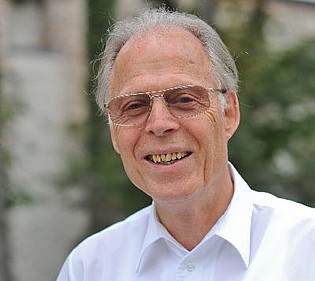 The InterAcademy Panel (IAP) has elected Professor Volker ter Meulen as one of its two co-chairs at its General Assembly in the Brazilian city of Rio de Janeiro. The former Leopoldina President and the second elected co-chair Professor Mohamed H.A. Hassan, former president of the African Academy of Sciences, will lead IAP, an association of over 100 scientific academies from all over the world, for the next three years.

Professor ter Meulen said of his election: “I am looking forward to the tasks that lie ahead. We will be working to further raise IAP’s international visibility, to strengthen our ties with major international bodies such as the United Nations, UNESCO and the World Bank, and to foster collaboration within the IAP-associated academy networks in Europe, Africa, Asia and America.”

Founded in 1993, the InterAcademy Panel (IAP) is a worldwide network comprising over 100 scientific academies. The IAP encourages cooperation between academies and uses its scientific expertise to advise state and social actors on complex global issues. It is led by an executive committee with two co-chairs: one academy representative from a developing country and one from an industrialised country. The Leopoldina has been a member of IAP since 2008.

The virologist and doctor of medicine Prof. Volker ter Meulen served as President of the Leopoldina from 2003 to spring 2010. Under his leadership, the Leopoldina intensified its work with international bodies and became a “working academy”, publishing statements on key scientific issues facing governments and society. These activities significantly contributed to the Leopoldina being appointed German National Academy of Sciences in 2008 by the Federal German Government. Ter Meulen still works for the Leopoldina Presidium in an advisory capacity and is active in promoting international cooperation, particularly within the European Academies Science Advisory Council (EASAC), which he chaired until 2010.