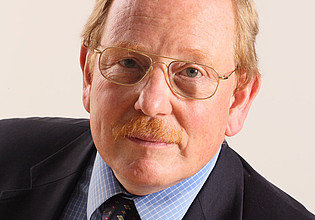 The astrophysicist and Leopoldina member Reinhard Genzel is awarded the Nobel Prize in Physics. Genzel receives this distinction together with US-American astronomer Andrea Ghez for the discovery of a supermassive compact object at the center of our galaxy, the Milky Way. Both scientists are jointly awarded one half of this year's Nobel Prize in Physics. The other half is given to the British mathematician and physicist Roger Penrose for the discovery that black hole formation is a robust prediction of the general theory of relativity.

The President of the German National Academy of Sciences Leopoldina Gerald Haug extends his congratulations to Reinhard Genzel on this prestigious award: “With this year's Nobel Prize, groundbreaking research results in the field of experimental astrophysics are recognized. We are particularly pleased that a Leopoldina member is being honored for his pioneering scientific discoveries, which shows that the Harnack Principle of the Max Planck Society is still valid”.

Reinhard Genzel is considered one of the world's leading researchers in the field of infrared and submillimeter astronomy. His interests include the formation, evolution, and nuclei of galaxies, as well as the formation and evolution of black holes and stars. To study the structure and dynamics of such objects, Genzel and his colleagues have developed a number of new observation techniques and instruments in the field of infrared, submillimeter, and millimeter astronomy. For example, through 20 years of award-winning observations, Genzel was able to prove that there is a black hole of 4.3 million solar masses at the center of our Milky Way. He thus succeeded in providing the most substantial empirical evidence to date for the existence of black holes, which had been postulated by Albert Einstein at the beginning of the 20th century as part of the general theory of relativity. Reinhard Genzel has been a member of the physics section of the Leopoldina since 2002.

The Nobel Prize for Physics is currently endowed with a total of ten million Swedish kronor (equivalent to around 950,000 euros). All Nobel Prizes are traditionally bestowed on the laureates on 10 December, the anniversary of founder Alfred Nobel’s death.

The Leopoldina has more than 1,600 members, with a current 33 Nobel laureates among them.