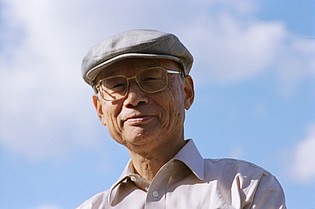 The Japanese pharmacologist and chemist Satoshi Ōmura, who is a member of the Leopoldina, was awarded the Nobel Prize in Physiology or Medicine. The scientist was honoured jointly with William C. Campbell (USA) for the research on new therapies against infections caused by roundworm parasites. They both shared one half of this year’s Nobel Prize in Medicine, the other half going to the Chinese pharmacologist Youyou Tu for her discovery of the anti-malaria drug Artemisinin.

Professor Jörg Hacker, President of the Leopoldina, praised Satoshi Ōmura for this high honour: “Major breakthroughs in the development of therapies for poverty related diseases have been given their just due with the awarding of this Nobel Prize. That this year the prize was awarded to a member of the Leopoldina for his pioneering research makes the occasion particularly gratifying.”

Satoshi Ōmura und Wilhelm C. Campbell discovered the anti-parasite medication Avermectin. Its derivatives lower the risk of becoming ill with infections that are transmitted by roundworms, among which are River Blindness and Elephantiasis.

Satoshi Ōmura was born in 1935, was President of the Kitasato Institute in Tokyo from 1990 to 2008, studied chemistry at the Tokyo University of Science and subsequently received his doctorate in Pharmaceutical Sciences (1968) and Chemistry (1970). Since 1992, Ōmura has been a member of the Leopoldina in the Microbiology and Immunology Section. He received the Robert Koch Foundation’s Gold Medal for outstanding life’s work in 1997.

The Nobel Prize in Medicine is currently endowed with a total of eight million Swedish crowns (around 852,000 Euros). All the Nobel Prizes are traditionally awarded to the laureates on 10 December, the anniversary of the death of the founder Alfred Nobel. With the addition of Satoshi Ōmura, the Leopoldina now has 32 Nobel Laureates among its current membership.

Nobel Prize for Physiology or Medicine 2015