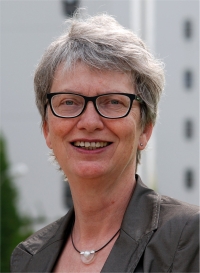 In Warsaw on the 1st of August 2012, the chemist Katharina Kohse-Höinghaus from Bielefeld, a Leopoldina member, was the first woman to be elected to a four-year term as President of the international Combustion Institute headquartered in Pittsburgh, USA. After a series of predominantly male American presidents, she is also the first European to perform this function. She had already been serving as the Vice-President of the Combustion Institute since August 1, 2008.

Katharina Kohse-Höinghaus has been a full professor for Physical Chemistry at Bielefeld University since 1994 and has been a member of the University Council since 2008. She has been very active in numerous scientific organizations including the Senates of the German Research Foundation and the Helmholz Association as well as the International Advisory Board of the Alexander von Humboldt Foundation. In 2007-2008 she was the President of the German Bunsen Society for Physical Chemistry. She was appointed in 2012 to the German Council of Science and Humanities (Wissenschaftsrat). Her sphere of activity is the analysis of reactive systems with special emphasis on combustion processes. In 2008 Katharina Kohse-Höinghaus became an elected member of the Section “Chemistry” at the Leopoldina.

The international Combustion Institute serves the purpose of supporting, promoting and disseminating research on all aspects of combustion.