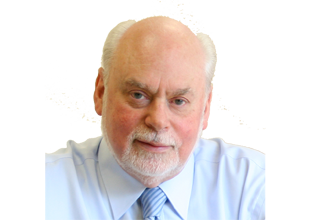 The British chemist Sir James Fraser Stoddart, a member of the Leopoldina, is honoured with the 2016 Nobel Prize for chemistry. Stoddart shares the award with the French chemist Jean-Pierre Sauvage and the Dutch scientist Bernard L. Feringa. All three researchers are commended for the development and synthesis of molecular machines. These are molecules that have controllable movements. The chemical bonds are a thousand times thinner than a human hair and function like artificial muscles and tiny motors.

The President of the Leopoldina Jörg Hacker congratulated James Fraser Stoddart for this high accolade. “This Nobel Prize acknowledges major breakthroughs in the field of nanotechnology. We are also particularly pleased that it is an active Leopoldina member that has been honoured for his pioneering research with this year's Nobel Prize.”

James Fraser Stoddart's areas of research include nanoscience, supramolecular chemistry, physical-organic chemistry and stereochemistry. In 1991 Stoddard built upon the work of Jean-Pierre Sauvage by synthesizing a so-called rotaxane, which consisted of molecular rings and molecular axes. These molecular constructions were the basis for the development of a molecular muscle and a molecule-based computer chip.

James Fraser Stoddart, who was born in Edinburgh in 1942, is the Director of the Center for the Chemistry of Integrated Systems (CCIS) at Northwestern University in Evanston, Illinois, USA. Fraser studied at the University of Edinburgh where he received his Bachelor degree in 1964 and his doctorate in 1966. His ensuing path led him to the universities at Sheffield and Birmingham (UK) and eventually on to the University of California, Los Angeles (USA). His work has been recognized with numerous honours and awards. In 1999, the Leopoldina selected James Fraser Stoddart as a member of its Chemistry Section. He is also a member of the Royal Society, the Royal Netherlands Academy of Arts and Sciences and the US-National Academy of Sciences.

The Nobel Prize for Chemistry is currently endowed with a total of eight million Swedish kronor (equivalent to around 838,000 Euros). All Nobel Prizes are traditionally bestowed on the laureates on 10 December, the anniversary of founder Alfred Nobel’s death.