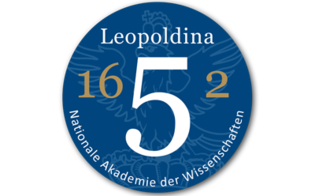 14 July marks five years since the Leopoldina's appointment as the German National Academy of Sciences. Since then, the Leopoldina has established itself as a respected source of science-based policy advice at both the national and international level by publishing recommendations and statements. Looking back at the past five years, Leopoldina President Jörg Hacker said: “We have achieved recognition, particularly as a result of our key topics and statements. The Leopoldina has found its place within the scientific system and is constantly expanding its network of contacts.”

Prof. Hacker also said: “The need for science-based policy advice couldn’t be clearer. On the one hand, scientific developments are exerting an increasing influence on all spheres of modern life. Today, more than ever, science is shaping the way we live. On the other hand, political decision-makers are facing increasingly complex problems, making regular dialogue between politicians and the scientific community a necessity.” The Leopoldina is able to play an important role in this area due to the scientific excellence of its members, its independence, its international presence, and its interdisciplinary approach – a quality that has been central to the Leopoldina’s work since its foundation in 1652.

The Leopoldina was appointed the German National Academy of Sciences on 14 July 2008, following a decision by the Joint Science Conference (GWK) of Germany and its federal states on 18 February 2008. Since then, the Academy has continued its traditional role as an independent society of scholars in the form of a working, proactive academy. It coordinates the work of German scientific academies with regard to providing independent science-based advice to policymakers and the public, and represents the German scientific community within international academy associations.

In making the appointment, Germany gained an equivalent to similar academies around the world, such as the National Academy of Sciences (USA), the Royal Society (UK) and the Académie des sciences (France). The Leopoldina publicises research findings and makes recommendations on current issues facing society  not just in Germany, but also at the international level, for example in the run-up to the G8 summit.

The Leopoldina’s policy-advice work focuses on four key topics: advances in the life sciences and in biomedical research; energy supply; demographic change and the scientific system itself. The 15 statements that the Leopoldina has produced so far have triggered important debates within these areas. In October 2012, the Leopoldina also opened a study centre for scientific and academy history. Prof. Hacker is confident that the Leopoldina will continue to develop positively in the years to come: “We will continue on our path. The topics that we are dealing with at the moment include personalised medicine, the restructuring of the energy system, palliative medicine and demographic change. We also want to increase our activities at the international level and to raise our profile abroad.”

For further information about the anniversary, please follow the link on the right.