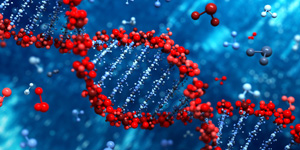 It seems that CRISPR/Cas9 can be used in all organisms. The technique has raised hopes for possible applications in medicine, animal breeding, biotechnology and crop research. Using CRISPR/Cas9, genetic modification can be used to research diseases, improve the food supply, cure hereditary diseases, find new ways of fighting cancer and HIV, and breed more resilient animals and crops. Suddenly, everything seems possible.

Researchers have modified a gene in human immune cells to make the cells immune against the HI virus. Modified blood stem cells could also be used to treat blood disorders. Goats could be bred that are less prone to disease and pigs whose organs could be used for transplantation. Mosquitoes that transmit infectious diseases such as malaria could be genetically modified to become resistant or be wiped out. CRISPR/Cas9 has already been adopted in research labs around the world to produce modified cell lines and precisely activate or inactivate genes to research the mechanisms of disease.

CRISPR/Cas9 is also being used in crop research. Strains of rice and wheat are being genetically modified to make them more resilient against pests. Genetic engineers are working on making crops resilient to climate change, on wheat that contains less gluten and fruit with higher levels of vitamins. CRISPR/Cas9 can modify the DNA of crops much more quickly and precisely than the standard random mutagenesis and crossbreeding methods used in conventional breeding until now.

Next Page: The Pros and Cons of Genome Editing

Pros and cons of genome editing

All publications on the topic (German)

Experts on the topic