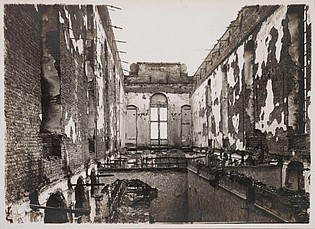 Evaluating the multiple roles played by the Academies during the war is difficult. However, the Academies did clearly take their whole share in the mobilization of material, human and intellectual resources needed for the conduct of the war. Which proper responsibilities, modes of action and influence did they assume? In which scientific or technical domains were they more particularly active? Although the subject of science, especially chemistry, in the Great War has attracted a good deal of attention in recent years, the role of academies in the conflict has been little studied.

Following an inaugural conference, held under the auspices of the Academia Leopoldina in Halle in 2014, two further conferences are planned for the spring of 2017 and the autumn of 2018 to continue work in this neglected area. Like the initial gathering in Halle, the conferences in 2017 and 2018 will be broad in their international coverage, and they will seek to maintain a strongly comparative focus. They will take account of the full range of the sciences and technology, including the medical sciences, and set the work of academies in a broad context embracing the relations between the diverse military, industrial, and political elements that bore on the conduct of the war.