CRISPR-Cas9: A Game Changer in Genome Engineering: Origins and Overview 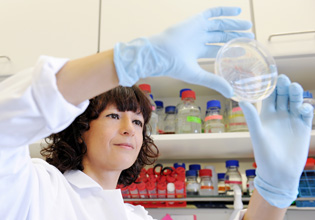 CRISPR-Cas9 is originally an immune system that allows bacteria to protect themselves against invasion by mobile genetic elements. Deciphering the details of the CRISPR-Cas9 mechanism has resulted in the development of an RNA-programmable transformative technology in biological sciences, allowing rapid and efficient targeted genome engineering in a large variety of cells and organisms.

CRISPR-Cas9 research is now considered as the most dynamic and fastest-moving field in life sciences and holds great promise for biotechnological and biomedical applications. Already, the CRISPR-Cas9 system is an integral and critical part of the toolbox for any researcher who intends to manipulate genetic information by means of targeted introduction or correction of mutations, replacement of genes, modification of DNA, chromosomal marking or modulation of transcription in any cell or organism – and the applications of this breakthrough technology are continuing to increase at a rapid pace.

The Leopoldina Lecture will be given by Leopoldina member Prof. Dr. Emmanuelle Charpentier, Berlin. Dr. Charpentier is a French microbiologist, biochemist and geneticist. Currently, she is Director at the Max Planck Institute for Infection Biology in Berlin, Alexander von Humboldt Professor, Professor at Humboldt University and Visiting Professor at Umeå University, Sweden. Dr. Charpentier is an expert in regulatory mechanisms underlying processes of infection and immunity in bacterial pathogens. With her recent groundbreaking findings in the field of RNA-mediated regulation based on the CRISPR-Cas9 system, she has laid the foundation for the development of a novel, highly versatile and specific genome editing technology that is revolutionizing life sciences research and could open up whole new opportunities in biomedical gene therapies.